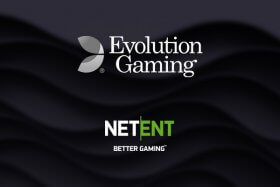 Evolution, the global leader when it comes to live dealer software and content, has started the process of integrating NetEnt into the company after having completed the acquisition of the slot giant.

The deal was worth around 2.3 billion dollars, and now Evolution owns 96.8% of the outstanding NetEnt shares. Last week the proposed acquisition received the approval of the Competition and Markets Authority in the United Kingdom, and now the deal is done after the acceptance period for NetEnt shareholders to back the takeover bid closed.

The Evolution management team is now in charge of transforming NetEnt as they assumed operational responsibility for the newly-acquired business. Therese Hillman, the NetEnt Chief Executive Officer, will remain in place for now in order to help with the transition, but she will leave the company sometime during the first quarter of 2021.

The most affected sector of NetEnt will be the live casino division, which will be closed down entirely as Evolution has its own solid team to create and develop live dealer games.

Evolution also aims to streamline the slot development side of the business, with support units being the first to be targeted by downsizing measures. The new owners of the company want to reduce costs by around 30 million euros per year.

NetEnt had around 1,000 employees all over the world, including a few hundred in their studio in Malta. That was the location from which the company streamed its live dealer games, and now it seems the whole thing will be shut down.

According to local newspaper Times of Malta, a few hundred employees were sent home on Tuesday morning as the company’s studio in Qormi was closed. The source also mentioned that a special government helpline has been set up to help the employees who found themselves out of a job just a few weeks before Christmas.

A spokesman for Evolution Gaming confirmed the information: the Qormi-based studio was shut down and “the people working directly with this product are at risk of redundancy.”

The Economy Ministry of Malta had been preparing for this event, as Evolution’s intentions had been clear for some time now. The Ministry issued a statement saying: “Whilst noting the strong commitment by Evolution Gaming to its Malta operation, the Government, through the Ministry for the Economy and Industry, has immediately started discussions with the relevant entities to facilitate the smooth transition of employees who may be at risk of being laid off as a result of this restructuring.”