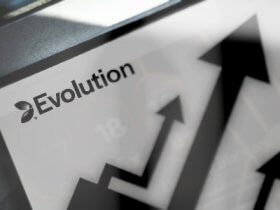 Evolution, the world’s most powerful provider of live casino software and content, has announced that it recorded increasing revenue and profit in the third quarter of the 2021 financial year. The good results were mainly attributed to ongoing growth in the online casino business.

The company’s revenue for the three months through to September 30 was 376 million euros, which represents a staggering increase of 97.1 percent compared to the 140 million euros that were attracted in the third quarter of 2020.

According to Evolution’s report, the increase was mainly driven by an increasing demand for online casino games. In fact, revenue from the live casino business alone was 214.5 million euros, up 53.2 percent year-on-year. That demand led to an increase in commission income from Evolution’s customers, while the company also forged new partnerships as well during this period.

The provider also managed to generate revenue of 61.5 million euros from its random number generator games, which ended up in the company’s portfolio after the acquisition of NetEnt. In the third quarter of last year the company didn’t have any revenue from such games as the merger with NetEnt was completed in December 2020.

When it comes to revenue from certain territories, the most lucrative part of the world for Evolution was the “Rest of Europe” region, which generated 103.2 million euros in revenue for the company. Asia managed to bring in 76.7 million euros, while North America ranked third with 31.9 million euros.

However, the company is placing more and more emphasis on North America as it recently signed partnerships with Canadian companies such as the Canadian Bank Note Company and Alberta Gaming, Liquor & Cannabis. Moreover, last week Evolution announced that its products have gone live on OLG.ca, the online casino operated by the Ontario Lottery and Gaming Corporation.