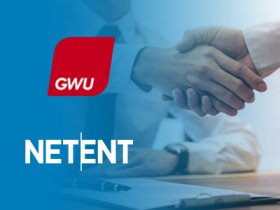 The dispute between the General Workers’ Union for Malta and Evolution regarding the layoffs at NetEnt has finally reached a conclusion as the two parties agreed a settlement.

The deal will save 40 of the 300 jobs that were supposed to disappear following the acquisition of NetEnt by Evolution. Moreover, the employees that will still be made redundant will receive improved severance packages.

NetEnt, a leading provider of online casino software and content, was acquired by Evolution, the biggest player on the market when it comes to live casino solutions. NetEnt employed around 700 people in multiple offices in Sweden, Gibraltar, Ukraine and Malta.

NetEnt’s video slots are featured at hundreds of casinos around the world and they have also been available in Canada since 2018, through an agreement with International Game Technology and the British Columbia Lottery Corporation.

Those video slots will continue to be developed under the new ownership, but Evolution decided to cut NetEnt’s live casino division in an effort to save around 30 million euros.

Malta’s Superior Court issued an injunction against the company, blocking it from making layoffs until a hearing that was supposed to take place on December 17.

However, the injunction was withdrawn as the General Workers’ Union reached an agreement with the employer. The company has agreed to offer alternative employment to at least 40 employees within the next few weeks. Another 60 employees are expected to find new jobs at gaming and financial services operators in Malta.

The deal between the union and the company also includes improved severance pay for the employees that will be made redundant. The improvement consists of 750 euros for each of these employees.

Josef Bugeja, the Secretary General of the General Workers’ Union was quite satisfied with the results: “We negotiated intensely and with determination; we saved jobs to the extent that this was possible. We ensured that all those who are being let go are suitably compensated.”