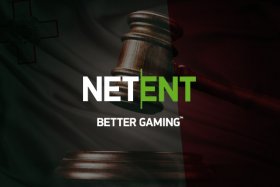 The Superior Court in Malta has issued an injunction against NetEnt, the global provider of casino software and content, blocking the company from making layoffs following its acquisition by Evolution.

Evolution, the global leaders when it comes to live casino software and content, acquired NetEnt in a deal worth around 2.2 billion dollars. Immediately after the deal was sealed, the new management decided to close down NetEnt’s live casino division as the company already has a strong team that creates and develops live dealer games.

That decision put 324 people from NetEnt’s Malta studios out of work. The General Workers Union (GWU), the largest trade union in Malta, declared an industrial dispute and took the matter to court, claiming that the layoff procedure was not correct.

The union claimed that Evolution failed to acknowledge it as an employee representative for planned layoffs. That would be in violation of Malta’s Collective Redundancies Protection of Employment Regulations, which state “the employer proposing to declare the collective redundancy has the duty to notify in writing the employees’ representatives.”

The union issued a statement regarding the situation: “The GWU decried NetEnt and Evolution Gaming’s anti-union tactics, which it contends are intended to prevent an effective consultation of employees at a critical moment when they are facing potential redundancy days before Christmas.”

Now the court has decided to put the layoffs on hold until December 17, when a new hearing will take place.

“Thanks to the Court’s intervention following our urgent request, 324 illegal dismissals have now been put on hold,” a GWU representative said after the court’s decision was announced. “We will continue to insist that NetEnt and Evolution Gaming honour their consultation obligations in full, and we will do our utmost to ensure that jobs are saved, and, where that is not possible, that appropriate compensation is paid.”

Evolution, formerly known as Evolution Gaming, is the current market leader when it comes to providing live casino software and content. The company has around 3,500 people working for it in the several offices and studios that they operate in Latvia, Canada and the United Kingdom. They provide live casino services to over 100 international operators at the moment, both online and at land-based locations.

NetEnt is one of the oldest and most reputable companies in the iGaming industry, it was established way back in 1996. They employed more than 1,000 people in several locations and their games are available at more than 170 online casino operators.

In 2013, NetEnt started streaming live dealer games from their studio in Malta, which will now be closed following the merger with Evolution.