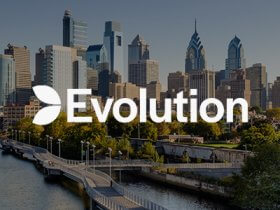 Evolution, the world’s most powerful supplier of live dealer games for both online and land-based casinos, has announced that its successful Live Craps casino game has been officially launched in the state of Pennsylvania.

This live dealer game is set in a studio that replicates the unique atmosphere of a speakeasy, while the gameplay was designed to be easy to understand even for novice players.

The live casino game features an “Easy Mode” and also gives players the chance to go through a simple interactive tutorial which explains all aspects of the game in order to allow players to get the most fun out of the experience.

The launch of Live Craps is another step for Evolution in its expansion efforts in North America. Last month, the supplier launched branded live casino studios for FanDuel in two American states: Michigan and Pennsylvania.

Live Craps was first launched in Europe in 2020 and has gained a lot of popularity since then. Now Evolution wants to bring this game to several new territories, with Michigan and New Jersey at the top of the list for the near future.

Evolution has recently launched a new live casino studio in Connecticut. That was the fourth live casino studio set up by the supplier in the United States, after the company opened similar facilities in New Jersey, Pennsylvania and Michigan.

Speaking about the launch of Live Craps in Pennsylvania, Jeff Millar, Commercial Director for North America at Evolution, insisted on reminding the world that this title was “the very first online Live Craps game in the industry” and that the launch represented “a landmark moment” for the company.

Jeff Millar added that the company hopes Live Craps will “thrill” the United States players as it is appealing both to fans of the genre and for players that are not so keen on playing craps.

According to Millar, the game manages to “capture the excitement” of an actual traditional craps table, along with the atmosphere of the “speakeasy era”. The Evolution executive confirmed that the game will reach more American states in the future.