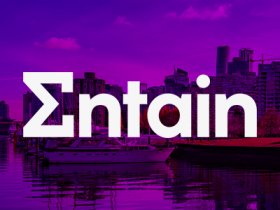 Entain, one of the world’s largest sports betting and gaming groups, has decided to make a decisive step into the Canadian market by acquiring sports betting operator Avid Gaming from Middlebrook Investments Limited.

Entain recently applied for an iGaming license in Ontario, the first Canadian province that will allow private operators to compete on the sports betting and gambling market. The purchase of Avid Gaming will cost Entain 300 million Canadian dollars.

The operation was committed to supporting the community of the Mohawks of Kahnawà:ke, providing funding for cultural activities, schools, healthcare and other public services. Moreover, half of the company’s employees in the province are native Mohawks.

The deal is designed to strengthen Entain’s presence in Canada, adding Sports Interaction to the company’s two powerful brands in this market: Bwin and Party. Entain also announced that it will keep most of the leadership team that led Avid Gaming over the past few years, including Will Golby, the Chief Executive Officer.

Jette Nygaard-Andersen, the Chief Executive Officer of Entain, described Sports Interaction as “the leading Canadian sports betting and gaming brand” and added that it is aligned with their target of “ambitious growth.” The resulting combination is expected to deliver approximately 15 million Canadian dollars in synergies for Entain in 2023, through sharing technology, content and procurement efforts.

The gaming market in the province of Ontario is set to open to private operators from April 4, 2022. Several operators have already applied for a license, and until now it was obtained by famous brands such as TheScore, PointsBet and Rivalry.