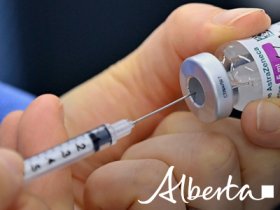 Alberta became the first Canadian province to create a millionaire through its vaccine lottery, a lucky participant won exactly 1 million Canadian dollars as the main prize of the special lotto incentive program.

The lucky winner is Tracey McIvor from Langdon, a hamlet located around 30 miles away from the city of Calgary. Mr. McIvor was quite lucky as his name was selected from no less than 1.7 million Albertans who have received at least one dose of an approved Covid-19 vaccine.

So far, 72.8 percent of eligible Albertans have received at least one dose of a Covid-19 vaccine, while 42.4 percent are already fully vaccinated. The government of the province introduced the lottery, among other incentives and prizes, in an attempt to inspire more and more of its citizens to get vaccinated and hit the 70 percent threshold as soon as possible.

There will be two more draws during the “Open for Summer Lottery”, each rewarding a random vaccinated citizen a prize of 1 million Canadian dollars. The upcoming draws will take place in August and September.

“It pays to get vaccinated, in more ways than one,” Alberta Premier Jason Kenney said. The Premier added that the most significant prize is getting restrictions lifted as a result of the increased vaccination rate.

The province of Manitoba has also launched a vaccination lottery for its residents, offering 2 million Canadian dollars in cash prizes along with scholarships for students. Quebec is also considering such an incentive, with details set to be announced soon.

At the end of May, the province of Alberta had another premiere. Play Alberta, the state-owned online gambling operator in the Canadian province, finally made the step towards the future by offering online lottery ticket sales both for national and local draws.

This step came seven months after the launch of the PlayAlberta.ca website, which was set up in cooperation with NeoPollard. This is the first legal online casino in the province and it offers players a wide range of video slots and table games.

Moreover, the website also offers its customers the world’s best live dealer games through an agreement with Evolution. For now, players in Alberta can enjoy Evolution’s Roulette, Infinite Blackjack, Baccarat and Ultimate Texas Hold’em, but more titles are expected to be added in the future.