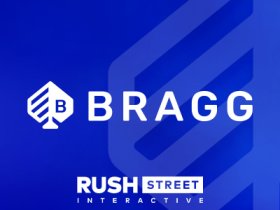 Bragg Gaming Group, the Canadian business-to-business iGaming technology and content supplier, has announced that its reach has expanded South of the border through an agreement with Rush Street, an American online casino operator.

The deal will see content and technology from Bragg Gaming being implemented into Betrivers.com, the online casino that Rush Street operates in the state of New Jersey. The two companies have already been working together as Rush Street managed to launch its online casino brand in Ontario in July 2022. The two companies have also made a common launch in Michigan earlier this year.

The new agreement makes content from Bragg available in New Jersey as well, including games from the Atomic Slot Lab studio and successful titles such as Indigo Magic, Galaxy Gaming, Bluberi and Incredible Technologies. Moreover, next year Bragg Gaming will be able to add even more fresh content as its partnership with gaming giant Sega will make available titles such as Sammy Creation, King Show Games and Gaming Arts.

Speaking about the new agreement with Rush Street, Lara Falzon, President and Chief Executive Officer of Bragg Gaming Group, revealed that there is “strong demand” for the company’s games in New Jersey as titles from Wild Streak Gaming and Spin Games, studios acquired by Bragg, have been live in this state for years.

The rollout of the supplier’s Remote Games Server (RGS) technology in New Jersey is an important step for Bragg as Lara Falzon pointed out that it “unlocks our rich new US content roadmap to a new group of players.”

The Bragg Gaming CEO described Rush Street as “the perfect partner” for the Canadian supplier as it has a broad reach in North America and prominent brands under its belt.

Richard Schwartz, Chief Executive Officer of Rush Street Interactive, underlined that his company already has extensive experience in working with Bragg Gaming, and pointed out that the slot content delivered by the Canadian company is “of the highest quality.”

Bragg Gaming Group started under the name of GiveMeSport and became more prominent in the iGaming industry in 2018, when it acquired content supplier Oryx Gaming.