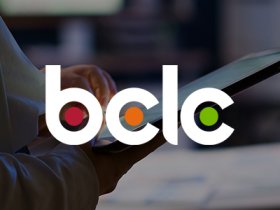 The British Columbia Lottery Corporation (BCLC), the state-owned Canadian lottery and gaming operator, has reported a drop in revenue of over 61 percent for the 2020-2021 fiscal year.

The state-owned company has reported a revenue of 965.6 million Canadian dollars, which is 61.8 percent less than what was generated during the 2019-2020 fiscal year. The drop is mainly due to the impact of the novel coronavirus pandemic, which led to land-based casinos and gaming halls being closed for much of the year.

In fact, revenue from casinos and community gaming fell to just 200,000 dollars, an immense drop from the 1.83 billion dollars that were generated in the previous year. On the other hand, revenue from lottery and online gaming was at record-breaking levels.

Lottery revenue in the 2020-2021 fiscal year was 544 million dollars, and the British Columbia Lottery Corporation said that it was mainly driven by the success of its Instant and Keno lotteries.

The company’s online gambling website, PlayNow.com, brought in an additional 421.4 million dollars as it constantly expanded its offering through partnerships with top suppliers in the industry. In fact, revenue from online gaming recorded a rise of 135.4 percent compared to the previous year.

The decreasing revenues from its land-based operations were met by the British Columbia Lottery Corporation with cost-cutting measures in order to keep the books balanced. The company’s expenses for 2020-2021 amounted to 494.0 million dollars, down 56 percent year-on-year.

After deducting the expenses, the total net income before tax was 471.6 million Canadian dollars, which represents a decline of 66.5 percent compared to the previous year. After tax, the company’s total net income for the 2020-2021 fiscal year totaled at 429.9 million dollars.

Speaking about the financial results, Lynda Cavanaugh, the interim president and Chief Executive Officer of the British Columbia Lottery Corporation, underlined that all the profits go back to the Government in order to fund important social services programs.

Lynda Cavanaugh added that the company is “focused on delivering entertainment in a socially responsible manner to generate revenue for the Province of British Columbia”.