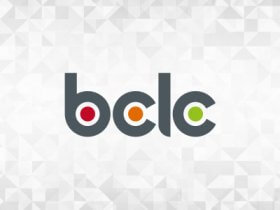 Greg Moore, the former CEO, stepped down from his position on January 22 after having handed in his notice of resignation in November last year. The reason behind the resignation was the executive’s desire to pursue new career opportunities in the private sector.

Moore also held the position on an interim basis, he took over in August 2019 after Jim Lightbody, BCLC’s permanent president and chief executive officer, took a medical leave of absence. He is still undergoing cancer treatment.

Lynda Cavanaugh, the new interim chief executive officer, has covered quite a few public service roles during her career and she has vast experience in finance, technology, policy and infrastructure.

Her last position was as assistant deputy minister in the Ministries of the Attorney General, Public Safety and Solicitor General. She held that position for the past nine years.

British Columbia Lottery Corporation has offices in Kamloops and Vancouver, but for the time being the new president and chief executive will be working from her home office in Sidney, British Columbia.

BCLC had to go through a tough year due to the effects of the novel coronavirus pandemic. The 2019-2020 fiscal year came with reduced revenues for the company, 2.3% less than in the previous year.

However, British Columbia Lottery Corporation registered a slight increase in lottery and iGaming revenue, which went up by 1.8% to $698.2m, or $45.6m ahead of its $652.6m budget for the fiscal year.

BCLC, which also operates a state-of-the-art live casino, made a deal with telecom company iTel last year, providing fast and secure Internet connections which are crucial for shops that sell lottery products in remote parts of British Columbia.

British Columbia Lottery Corporation was established in 1985 and now it has 890 direct employees. However, its service providers employ an additional 8,300 people in the province.