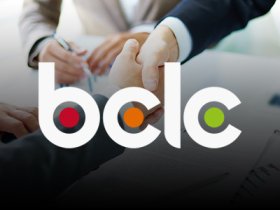 The new Chief Information Officer will have to lead the corporation’s technology strategy in order to support the company’s operations in three key segments: lottery, casino and sports betting.

Before this, the new BCLC Chief Information Office was in charge of developing digital transformation strategies for various companies in several economic sectors such as hospitality, travel, consumer product and heavy equipment.

The appointment of Mark Goldberg comes five months after the British Columbia Lottery Corporation promoted Pat Davis, the former Chief Information Officer, to the position of Chief Executive Officer and President following the departure of Lynda Cavanaugh, who had served as interim CEO and President.

Moreover, Pad Davis expressed his belief that Goldberg will “strengthen” the company’s work as it strives “to deliver truly exceptional player experiences.” Mark Golberg will be working out of the company’s offices located in Vancouver but will also have to travel on a regular basis to Kamloops, where the corporation’s business technology division is based.

The British Columbia Lottery Corporation Chief Executive Officer also described the position of Chief Information Officer as “a key role” within the company, as technology is present in every aspect of the business, including PlayNow.com, the only licensed online casino in the province.

The British Columbia Lottery Corporation was established in 1985 and it is a government-owned company. It has 890 direct employees, while Its service providers employ an additional 8,300 people in the province. The company’s net income goes back to the provincial government in order to help provide funds for healthcare, education and community programs. In the 2020-2021 fiscal year, the British Columbia Lottery Corporation has reported a revenue of 965.6 million Canadian dollars.