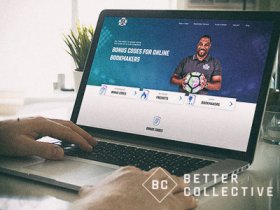 Better Collective is making its money from affiliate marketing as well, promoting some of the biggest global brands in the world of sports betting, such as Bet365, Betfair, Coral and FanDuel.

Better Collective described Canada Sports Betting as “an established sports betting brand” in the country, with a good following among its readers as the website helps them “make informed online betting decisions”.

The agreement between the two parties stipulates that Better Collective will pay 15.9 million euros up front, while the remaining up to 5.5 million euros will be paid depending on whether the company will achieve certain growth targets in the future.

All Eyes On Ontario

The deal between Better Collective and Canada Sports Betting was announced less than two weeks before Ontario, the most populous province in Canada, opens its sports betting and online gaming market to licensed private operators. Big global brands such as Bet365, FanDuel, PointsBet, theScore, LeoVegas, Bragg Gaming and 888 have already received their licenses from iGaming Ontario in previous weeks.

Better Collective admitted that the Canadian market presents a great opportunity and revealed that Canada Sports Betting will be used alongside its existing brands such as Action Network and VegasInsider to keep Canadian players informed and direct them towards the best betting and gaming websites.

The company also announced that it “expects the North American market to continue growing with increasing revenue and operational earnings.” Better Collective also revealed it expects Canada Sports Betting to generate revenue of more than 5 million euros in 2022, taking the whole group’s revenue to 80 million euros for the year.

Jesper Søgaard, the Chief Executive Officer of Better Collective, underlined that the acquisition gives his company “a strong foothold in a Canadian market, which is developing in a very promising direction.”