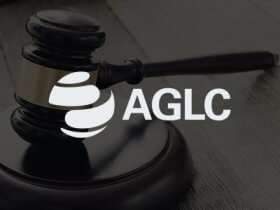 The Alberta Gaming, Liquor & Cannabis (AGLC), the regulatory agency for gambling in the province of Alberta, is currently being sued by two tribes which consider its recently-launched online casino illegal.

The agency was very proud to launch the very first legal online casino in the province back in October, featuring a wide range of video slots and lottery games, all being played in a safe and fully regulated environment.

However, the launch of this online platform came at a rough time for the land-based side of the industry. Some venues in the province had to be closed for months as the coronavirus pandemic hit Canada, so the AGLC’s online casino was virtually the only available gambling platform in the province.

That situation made two tribes in the province quite unhappy, the Tsuut’ina Nation and the Stoney Nakoda First Nation both operate land-based casinos and have filed a lawsuit in which they solicit the immediate closure of the PlayAlberta.ca website.

The two tribes describe the online gambling platform as “an unauthorized entry” into the market and also indicate that it might constitute a conflict of interest as the Alberta Gaming, Liquor and Cannabis Commission also has to serve as a regulator for gambling in the province.

The Battle for Gambling Revenue

The Tsuut’ina Nation currently operates the Grey Eagle Resort and Casino in Calgary, a facility that is spread on 84,000 square feet. The Stoney Nakoda First Nation operates the Stoney Nakoda Resort and Casino facility near Exshaw. The two tribes revealed that, in their view, the AGLC violated the Gaming, Liquor and Cannabis Act of 2000, which instituted a moratorium on the licensing of any new casinos in the province of Alberta.

Roy Whitney, the Chief for the Tsuut’ina Nation tribe, said that he wants the Alberta Gaming, Liquor and Cannabis Commission to be banned from ever operating any casinos, online or land-based. He added that the tribes in Alberta rely on revenues from gambling and a website like PlayAlberta.ca would heavily affect their revenues.

The Alberta Gaming, Liquor and Cannabis Commission estimates that PlayAlberta.com would generate revenues of almost 3 million dollars in 2020, with an expectation to have the annual revenue go up to almost 120 million dollars by 2026.

In March, the AGLC reached an agreement with Evolution to add six live dealer games to their PlayAlberta.ca website. Players in Alberta are now able to enjoy Evolution’s Roulette, Infinite Blackjack, Baccarat and Ultimate Texas Hold’em, and the AGLC revealed that more such products would be added in the near future.