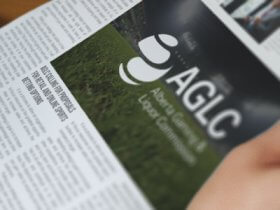 The Alberta Gaming, Liquor & Cannabis (AGLC), the regulatory agency for gambling in the Canadian province of Alberta, has announced that it has begun the process of accepting offers from private companies that want to enter the retail sports betting market in the province.

However, there will only be two licenses offered during this initial stage, and companies will have until January 31 to apply. Then, after the selection process, the two licensees will be able to get into business by the end of 2022.

This move was made possible by the passage of the famous Bill C-218, which has finally made betting on single events fully legal in Canada. Before that, bettors in the country were only allowed to wager on three or more events at once.

The Alberta Gaming, Liquor and Cannabis Commission currently operates the first and only legal online casino in the province: PlayAlberta.ca, powered by software provided by NeoPollard.

Kandice Machado, the President and Chief Executive Officer of the Alberta Gaming, Liquor and Cannabis Commission, described the selection process for the first two private sports betting operators as “another exciting step for sports fans in the province”.

The Alberta Gaming, Liquor and Cannabis Commission also prepares for certifying companies as suppliers of mobile-friendly online gaming services by the end of 2022. Kandice Machado added that this will offer consumers in the province “convenience and choice in their gambling entertainment options.”

The regulator also issued a statement in which it underlined that the goal is to expand the gaming market in the future, but with an eye on meeting the requirements of the province regarding safe gambling and a strict compliance with the Criminal Code of Canada.

The Alberta Gaming, Liquor and Cannabis Commission is mandated by the government of Alberta to ensure the province’s gaming industry is managed well so it can provide the biggest benefits possible to its citizens. In 2018-19, over $1.4 billion in net gaming income was generated for the General Revenue Fund. That money was then used to support government programs and services for the citizens.