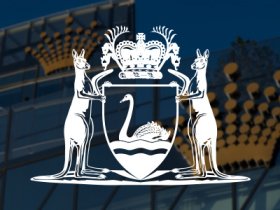 Crown Resort, the most important operator of land-based casinos in Australia, will have to endure the investigation of the Royal Commission in Western Australia for a few more months as the deadline was moved forward to March 2022.

The commissioners made a request for more time to carry out their investigations, with the initial deadline being set on November 14 this year. The government approved the request and now the deadline is set for 4 March 2022.

The commission will examine the company’s suitability as a licensee to operate its Perth venue in the state. Crown Resorts is undergoing a similar investigation in Victoria, and the Royal Commission in that state also asked for its deadline to be moved from August 1 this year to October 15.

The investigation in Western Australia started in March 2021. In this state, Crown Resorts operates Crown Perth, a huge resort which features three hotels, a casino, a convention centre with meeting rooms, along with 32 restaurants and bars. The casino offers around 2,500 coin-operated machines and over 300 gaming tables.

The investigation of the Royal Commission in Victoria has already uncovered several irregularities, and Adrian Finanzio, the counsel assisting the commission that is investigating the operator, asked for Crown’s license to operate their Melbourne casino to be revoked.

The counsel insisted that the evidence shows Crown Resorts should at best have its casino license suspended but it could also be cancelled altogether due to systemic problems when it comes to money laundering controls, responsible gambling, tax payments and compliance.

Two weeks later, Crown Resorts announced the departure of Crown Melbourne Chief Executive Officer Xavier Walsh. The announcement came just 35 minutes before the company was due to start closing submissions to Victoria’s Royal Commission into its suitability to retain the casino license.

Moreover, Crown Resorts agreed to pay 61 million Australian dollars to the state of Victoria as an investigation into an underpayment of casino tax uncovered that unpaid sum. The underpayment of that casino tax dated back to 2012. The company’s unrelenting problems have determined The Star Entertainment to withdraw their proposal of a merger between the two gigantic casino operators.