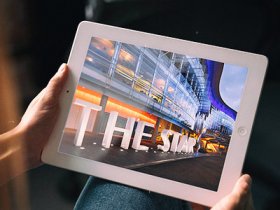 Star Entertainment Group, one of the biggest casino operators in Australia, has announced that three more of its executives have handed in their resignations following the investigation in New South Wales.

The inquiry will decide whether Start Entertainment Group is suitable to keep its casino license for The Star Sydney, following revelations regarding possible money-laundering offenses at the property.

The company confirmed the departure of the three executives, which comes after former Chief Executive Officer and Managing Director Matt Bekier left the corporation in March. After that high-profile resignation, Chairman John O’Neill took over as Executive Chairman until a new CEO will be recruited.

Star Entertainment Group added that the three executives will work with John O’Neill in the coming weeks to transition their responsibilities, while an executive search firm will begin looking for replacements.

So far the inquiry has found important evidence about the involvement of Harry Theodore, the company’s Chief Financial Officer, and Oliver White, the General Counsel at Star Entertainment. Both executives were alleged to have misled National Australia Bank (NAB) and China UnionPay over transactions made at the company’s casinos in 2019.

It seems that payments were accepted from UnionPay bank cards at several of the operator’s partner hotels and then transferred to the casinos that Star Entertainment owns and operates in Sydney and Brisbane.

That method of work leaves the company wide open to money laundering, allowing its customers to avoid the capital controls enforced by the Chinese government. Moreover, such dealings break the company’s agreement with NAB, the big Australian merchant bank.

During the hearings, Matt Bekier, the former CEO, admitted that there was unethical behavior at Star, including the use of China Union Pay Cards. The public hearings will continue and specialists are concerned that Star Entertainment might face a similar fate as Crown Resorts, the rival operator that was found guilty of several breaches in New South Wales last year. Since then, Crown Resorts has been subject to strict regulatory limitations and oversight.