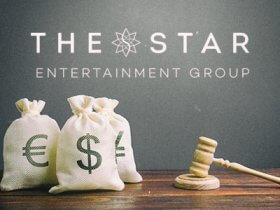 The Star Entertainment Group, one of the biggest hotel and casino operators in Australia, has received more bad news from New South Wales as authorities have decided to expand their investigation regarding possible money-laundering offences at the company’s Star Sydney casino resort.

The company announced the news in a statement to the Australian Securities Exchange, reporting that it received a notification from the Australian Transaction Reports and Analysis Centre (Austrac) regarding a wider scope of the investigation that started in June 2021.

The update from Star Entertainment announces that Austrac revealed it has not yet made a decision regarding the allegations related to The Star, but advised it will request further information and documents as part of the investigation.

Junket Dealings Under The Scope As Well

In September 2021, the New South Wales Independent Liquor and Gaming Authority announced it launched an investigation into The Star Casino after concerns were raised about the operator’s dealings with junkets, along with failings regarding money laundering prevention measures.

The New South Wales Independent Liquor and Gaming Authority has received evidence from The Star on August 4, 2020. That evidence revealed that The Star was working with junket operators and continued to do so despite the fact that rival operator Crown Resorts had been famously ordered to stop working with these businesses.

In May 2021, the New South Wales Independent Liquor and Gaming Authority found out that The Star had continued their junket dealings until at least October 2020. Star Entertainment owns and operates The Star Sydney, The Star Gold Coast and Treasury Brisbane. It has also purchased the Sheraton Grand Mirage on the Gold Coast in a joint venture, and is currently developing the Queen’s Wharf Brisbane project.