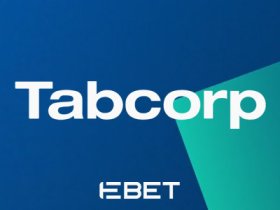 Tabcorp Holdings, the famous Australian lottery and betting company, has announced that it has decided to sell its eBet business for a total of 62 million Australian dollars.

eBet, the company’s loyalty and tracking systems business designed for gaming venues, was acquired by Venue Digital Technology Pty Ltd, a corporation that is led by Frank Makryllos, a former Tabcorp executive.

eBet has about 525 venues as its customers, with around 30,000 different electronic gaming machines spanning across the states of New South Wales and Victoria.

Adam Rytenskild, Managing Director and Chief Executive Officer at Tabcorp, revealed that the company wanted to conclude this transaction in order to “simplify” its gaming Services business as it intends to “pivot to an integrity services model.”

This step is a part of the implementation of the company’s “transformation strategy” and the Chief Executive added that Tabcorp has “bold ambitions” to grow both the Wagering & Media and the Gaming Services divisions.

The sale of eBet is not a surprise as Tabcorp revealed its strategies for each segment of its businesses earlier this year after having completed the demerger of its lottery operations in June 2022.

At the same time, Tabcorp also announced that it has been awarded a 20-year license to monitor all Electronic Gaming Machines in hotels and licensed clubs in Tasmania. This activity will be done through Max Regulatory Services, a subsidiary of Tabcorp, which will pay the Tasmanian Government an upfront license fee of 2 million Australian dollars, plus an additional 1 million dollars grant over the term of the license.

Tabcorp also revealed eBet generated earnings before interest, taxes, depreciation, and amortization (EBITDA) of 4.4 million dollars in 2022, while the sale is expected to be completed before the end of the first half of the 2023 fiscal year.

The deal completion is subject to necessary probity approvals being obtained, and if the buyer fails to acquire them then it would have to pay a break fee of 3 million dollars to Tabcorp.

Tabcorp Holdings has recorded excellent financial results after the operator demerged its lottery business. For the twelve-month period ended on June 30, 2022, the Australian company reported a net profit of 6.7 billion dollars, a vast increase from the 269 million in profit that were recorded in the 2021 fiscal year.