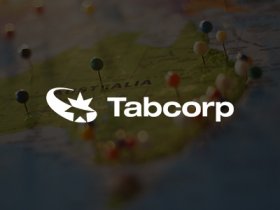 Tabcorp, the well-known Australian lottery and betting operator, has announced that the much-anticipated demerger of its lottery business has finally been completed and that the new company’s shares have begun trading on the Australian Securities Exchange.

The new company is called “The Lottery Corporation” and its shares will trade on the Australian Securities Exchange on a normal settlement basis under the code “TLC”. The Tabcorp brand will continue to operate its wagering, media and gaming services.

Last month, most of Tabcorp’s shareholders voted in support of the demerger plan. In fact, 98.78 percent of the total votes cast during the company’s General Meeting and Scheme Meeting were in favor of the proposal, with just 0.17 percent voting against.

A few days after the vote, the Supreme Court of New South Wales approved the demerger plan. That was the final real hurdle for Tabcorp as the company then lodged a copy of the court’s decision to the Australian Securities and Investments Commission.

This ends a process that lasted for almost a year as Tabcorp first announced its plans to spin off its lottery business in July 2021 following a strategic review of the company’s activities.

Senior Management Changes Ahead of Demerger

The day before the demerger became effective, Tabcorp announced several changes in its senior management. David Attenborough, the company’s managing director and chief executive officer, announced his immediate retirement and was replaced by Adam Rytenskild. David Attenborough wanted to leave Tabcorp in the first half of 2021 but that plan was postponed for a year.

Steven Gregg, the company’s chairman and non-executive director, also left Tabcorp but he won’t be moving too far away as he will hold the same roles at The Lottery Corporation, the new demerged business. Bruce Akhurst became the new chairman of Tabcorp from 1 June.