Tabcorp Records Increased Revenue As It Prepares For Demerger 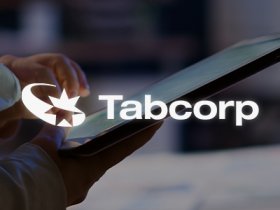 Tabcorp, the Australian lottery and betting operator, has announced that it recorded increased revenue for the 2020-2021 financial year, as the company prepares for a demerger of its lottery business from the rest of the operations.

Tabcorp’s revenue for the past financial year was 5.68 billion, which represents an increase of 8.8 percent compared to the previous year. The Lotteries and Keno businesses, which will soon be demerged from the main company, generated revenue of 3.2 billion dollars, a 10 percent rise compared to 2019-2020.

The first half of the financial year was not as good as the company recorded declining profits and revenues. However, the results did show the promise of a recovery from the negative impact that the novel coronavirus pandemic had on the business.

Wagering and media revenue was $2.3 billion dollars in the 2020-2021 financial year, while the gaming services division only managed to generate revenue of 183 million dollars, down 17 percent compared to the previous year.

Earnings before interest, tax, depreciation and amortisation (EBITDA) for the year were 1.1 billion dollars, up 11 percent compared to 2019-2020. Tabcorp recorded a net profit after tax of 269 million dollars, a great improvement from the loss of 870 million dollars that was recorded in the previous year.

Australian state governments also had a better year thanks to Tabcorp, as the company was able to distribute 4.2 billion dollars in taxes, levies and other payments to the state.

Earlier this year, Tabcorp received offers to sell its Wagering and Media division, including a bid of 3.5 billion dollars from Entain, the gambling giant from the United Kingdom.

The Australian operator launched an operational review of its business and once that review was completed Tabcorp decided to reject all bids and choose to demerge its Lotteries and Keno business instead. This option will keep the Wagering and Media under the brand of the main company, while the Lotteries and Keno will give birth to a new operation under a new brand.

David Attenbrough, the Chairman of Tabcorp, said the demerger would turn the company into two very successful businesses. “This decision to set up two market-leading businesses, will deliver a range of operational and strategic benefits,” the chairman added.