Tabcorp Records Revenue Growth In First Half Of Fiscal Year 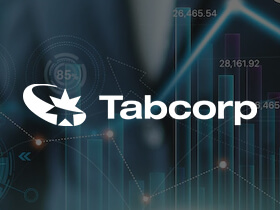 Tabcorp, the Australian lottery and betting operator, has announced that it recorded a slight revenue increase in the first half of the 2021-2022 fiscal year, mostly thanks to the solid performance of its lottery division.

That strong result was recorded despite difficult conditions as keno venues had to deal with trading restrictions due to the novel coronavirus pandemic. In fact, keno revenue was down 9.8 percent, but that loss was recovered thanks to lottery revenue which increased by 12.7 percent to 1.67 billion Australian dollars.

The company’s retail network for lottery products, which includes newsagents, petrol stations, kiosks and pharmacies, managed to increase the turnover by 5 percent, while the digital sales amounted to 36.7 percent of the total.

David Attenboroug, the Managing Director and Chief Executive Officer of Tabcorp, underlined that the good performance of the division proved “the broad appeal of the business’ much-loved products and brands, and the success of its omnichannel strategy”.

Tabcorps Keno and Lotteries division is about to be demerged from the company’s Wagering & Media arm, a decision that was taken by the company at the end of a strategic review that was completed last summer.

The Australian company will split into two listed businesses and the process is expected to be completed by the end of 2022. The Wagering and Media division was the subject of several acquisition bids. The last of them came from BetMakers, a fellow Australian company, and it was worth 4 billion dollars.

Tabcorp underwent a strategic review of its business while receiving offers for its Media and Wagering division, and at the end of the process the company decided to opt for the demerger choice. The plan is to make the Lotteries and Keno division become a separate entity listed on the Australian Stock Exchange, while the Wagering and Media division will remain under the existing Tabcorp entity. As for the shareholders, they will keep their existing shares and also receive proportionate stakes in the new Lotteries and Keno company.

For the first half of the fiscal year, Wagering and Media revenue was down 9.8 percent from the previous year to 1.07 billion dollars, mainly due to its retail outlets being closed in New South Wales.