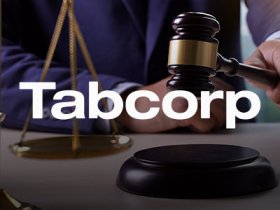 Tabcorp, the famous Australian lottery and betting operator, has announced that it received the final approval it needed from the New South Wales Supreme Court before completing the demerger of its lottery business.

The Supreme Court of New South Wales issued the final approval for the demerger proposal last week, paving the way for the listing of the new company, called The Lottery Corporation, on the Australian Securities Exchange from May 24. The stocks in the new company can be stranded on a deferred settlement basis.

Tabcorp’s wagering, media and gaming services will remain under the old brand, which will continue to be listed on the stock exchange and operate as a separate business. The Tabcorp stocks will be traded on an ex-demerger settlement basis starting on May 24.

The demerger will be fully completed on June 1st, from that date on shares in The Lottery Corporation and Tabcorp will be traded on a normal basis on the Australian Securities Exchange.

The first time Tabcorp announced its plans to split its Lotteries and Keno division was in July 2021, when the corporation completed a strategic review of its operations. That review lasted for four months, and the period of uncertainty led to the company receiving several unsolicited offers for its Wagering and Media business.

After the review Tabcorp decided to keep its Wagering and Media arm and split the lottery business, creating two distinct companies. The Lottery Corporation plans to continue its growth through enhancing its game portfolio, delivering better customer experience and improving its digital penetration, while Tabcorp hopes to gain more market share in the wagering business.