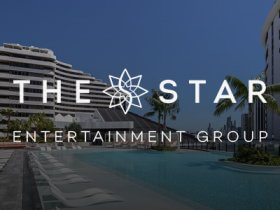 Star Entertainment Group, one of the biggest operators of land-based casinos in Australia, has announced that it has recruited two new non-executive directors to complete its board of directors.

The first of the two new appointees is Anne Ward, who formerly held a similar position at Crown Resorts, Star Entertainment’s main rival on the Australian land-based casino market. Ward had joined Crown in January but then had to step down after just six months as The Blackstone Group completed the acquisition of the Australian company.

Along with Anne Ward, Star Entertainment Group also added David Foster to its board of directors, a former Chief Executive Officer of Suncorp Bank. Moreover, Foster also served as chairman and director of numerous companies in several fields such as financial services, education, government and retail.

At the moment, David Foster is a director at Bendigo and Adelaide Bank, and the chairman of G8 Education, the largest childcare and early education operator listed on the Australian Securities Exchange.

The two appointments follow a thorough redesign of the boardroom of Star Entertainment after the recent inquiry into the activity of The Star Sydney. The company has also chosen a new Chief Executive Officer as Robert Cooke was given the position earlier this summer.

Ben Heap, the interim chairman of the board at Star Entertainment, declared that the two new members “bring a relevant set of skills to the Board at this important juncture.” The chairman added that the two new directors have great experience in “highly regulated industries” and that should be an asset for the company.

Moreover, Ben Heap hinted that the process of refreshing the company’s board will continue. The board of directors at Star Entertainment has four other non-executive directors: Michael Issenberg, Richard Sheppard, Katie Lahey AM and Gerard Bradley AO.

The two appointments come just one week after the parliament of New South Wales passed a bill which creates a new land-based regulator for the state, which will oversee both Crown Resorts and Star Entertainment as both operators recover from scandals around their activities.