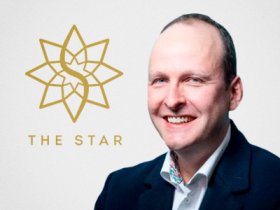 Star Entertainment Group, one of the biggest casino operators in Australia, has announced that its process of searching for a new Chief Executive Officer has ended and that the chosen candidate for the job is Robert Cooke.

Star Entertainment Group came under investigation in Sydney as the local regulator tried to determine whether the company was still suitable to hold a license to run its casino in the city.

The public hearings that were part of that investigation revealed that the casino operator concealed gambling transactions on Chinese debit cards as hotel expenses. Those transactions amounted to a total of 900 million Australian dollars, according to the deposition of Paulina Dudek, Assistant Group Treasurer at Star Entertainment. The inquiry led to the resignation of Matt Bekier and then three more executives left the company in May 2022.

The Star Entertainment board appointed Spencer Stuart, a global executive recruitment firm, to find the right candidates for the Chief Executive Officer job. Several names were considered but in the end Robert Cooke was described as “the standout candidate” thanks to his “combination of experience, capabilities and attributes”.

Robert Cooke has previously been the Chief Executive Officer of Tatts Group, a major company that is listed on the Australian Securities Exchange. Tatts Group, which operates lotteries, wagering and gaming outlets, underwent a comprehensive transformation program under Cooke’s guidance and secured valuable license agreements with various State governments. The new Star Entertainment CEO has also worked at Wotif.com and Tyro Payments.

According to a company statement, the new Chief Executive Officer is “well placed to lead The Star and restore confidence in the organization.” Robert Cooke himself added that he was well aware of the challenges facing the company and admitted that those will be his “priority and focus”. Moreover, the new CEO added that “ensuring continuity of the business through a comprehensive renewal program is of paramount importance.”