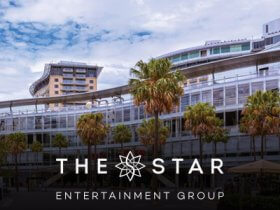 Star Entertainment Group, one of the most important operators of land-based casinos in Australia, has announced that it expects to spend between 35 and 45 million Australian dollars on remediation efforts in Queensland and New South Wales in 2023.

The figures were announced in a trading update provided to the company’s shareholders during the Annual General Meeting. The past year has been a turbulent one for Star Entertainment as the company was the target of several investigations.

The inquiry into the company’s Sydney casino resulted in it being deemed unsuitable to hold a license and to a fine worth 100 million Australian dollars for Star Entertainment. The license was suspended but the company can continue to operate the casino as long as it sticks to a remediation programme. The operator was also found unfit to hold a casino license in Queensland, where the company operates a casino in Gold Coast and another in Brisbane

The Annual General Meeting was also the moment when Robert Cooke, the new Chief Executive Officer of Star Entertainment, was introduced to the shareholders. He is the fourth CEO of the company appointed in the past twelve months and he took over last month following the resignation of Matt Bekier.

Robert Cooke explained that the company will work hard to return to suitability, but also underlined that these efforts will cost between 35 and 45 million Australian dollars in the 2023 fiscal year. Moreover, there will also be recurring costs of around half of that amount in each following year.

However, the new Chief Executive Officer announced that the company’s core domestic revenues between the start of July 2022 and the middle of November went up by 1 percent compared to the corresponding pre-Covid period in 2019.

The Star Gold Coast recorded an impressive increase of 32 percent, Treasury Brisbane had an increase of 9 percent, but The Star Sydney did not manage to record a similar result as its revenues dropped by 11 percent.

Robert Cooke promised shareholders that his efforts will be focused on the company’s remediation efforts. “We will transform our culture, be more transparent, have more robust governance, greater accountability, be open and honest with our regulators and act swiftly when issues arise,” the CEOsaid. “We need to earn back the trust and confidence of all our stakeholders.”

SOURCE: “Star Entertainment Group warns of US$30 million in remediation costs in 2023“. Inside Asian Gaming. November 23, 2022.