Star Entertainment To Embark On Remediation Programme In Sydney 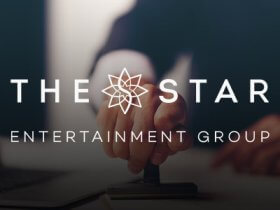 Star Entertainment, one of the largest owners and operators of land-based casinos in Australia, has received approval to start the remediation programme at The Star Sydney, its landmark venue in New South Wales.

The Australian company had appointed Allen & Overy Consulting, a law firm based in London, to serve as an independent monitor for the design and implementation of the programme, as requested by the Independent Casino Commission of New South Wales.

The state regulator had concluded that the operator was unfit to hold a casino license in Sydney and later decided to suspend the company’s license and also issued a fine worth 100 million Australian dollars.

Now the law firm appointed to monitor the casino’s activity has announced that Star Entertainment is ready to commence the execution phase of its remediation programme. The remedial measures are key to the company being able to continue its activities at The Star Sydney as its license was not yet canceled.

While the license remains suspended the Sydney casino will operate under the management of Nicholas Weeks, who was appointed in this position by the New South Wales Independent Casino Commission.

Allen & Overy Consulting also revealed that its employees had spoken to several leadership figures within Star Entertainment and that the general consensus was that there is “an intention” to remedy the company’s shortcomings.

The London-based law firm added that it has also spoken to the Interim Chair of the Board and that their impression was that the company’s senior management “recognises the degree of challenge it faces in remediating the root causes and restoring trust.”

Star Entertainment Group is also in trouble in Queensland after the state government has declared the company unsuitable to hold a casino license. The company operates two casinos in Queensland, one in Gold Coast and the other in Brisbane. Those venues will remain open but will operate under strict supervision from the authorities as the license has not yet been revoked.

Star Entertainment was founded in 2011 and it owns and operates the Treasury Casino & Hotel The Star Gold Coast and The Star Sydney. The company also manages the Gold Coast Convention & Exhibition Center on behalf of the Queensland Government.