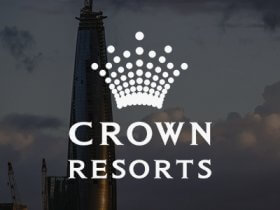 Crown Resorts, the biggest operator of land-based casinos in Australia, has received a liquor license extension from the New South Wales Independent Liquor & Gaming Authority. However, the company remains without a license to operate its casino in Sydney.

Crown Resorts was deemed unsuitable to hold a casino license by the Independent Liquor & Gaming Authority in February, following evidence exposed in the famous Bergin Report. The report did also contain recommendations of actions the company could take to return to license suitability.

The recommendations included changes to the company’s board and executive teams, along with a significant reduction of the influence of majority shareholder James Packer. Crown Resorts also had to overhaul its internal compliance measures.

Many of these conditions have been met by the Australian company, with ten of the eleven board members being replaced. However, Philip Crawford, chairman of the New South Wales Independent Liquor & Gaming Authority, said that there’s more to be done before the state would consider reinstating Crown’s gambling license.

“In December last year, the Independent Liquor & Gaming Authority agreed to work with Crown Resorts to enable the opening of non-gaming areas such as accommodation, restaurants, bars and entertainment areas,” said Philip Crawford, explaining why the regulators extended the company’s liquor licence for eight months.

This means alcohol will be served within the resort in Sydney at its non-gaming bar areas, along with the two ground floor restaurants that are operating at the venue. However, the regulator’s stance regarding Crown’s gaming operations has not yet changed.

“The Authority is still monitoring and assessing Crown’s responses to the issues arising from the Bergin Report,” Crawford revealed. He described the mentioned issues as “complex” and underlined that Crown Resorts has to undertake “significant change” in order to satisfy the requirements of the state regulator.

Philip Crawford concluded that more time will be needed “for Crown to fully implement that change and for the Authority to give it proper consideration before making its determination.”

Crown Resorts has seen its revenue fall by 31.3 percent in the 2020-2021 fiscal year. During this period the company was hit hard by three nationwide lockdowns and as many inquiries into the business’ integrity.