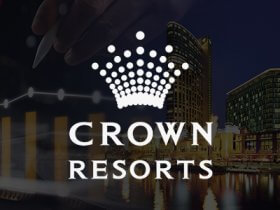 Crown Resorts, the largest operator of land-based casinos in Australia, has seen its revenue fall by 31.3 percent in the 2020-2021 fiscal year, a period which was marked by three nationwide lockdowns and as many inquiries into the business’ integrity.

The company recorded revenue of 1.54 billion Australian dollars in the financial year which ended on 30 June 2021. According to Jane Halton, Crown’s interim chairman, the negative results have been caused mainly by the effects of the novel coronavirus pandemic.

However, the three state-level inquiries into the operator’s properties (Crown Sydney, Crown Melbourne and Crown Perth) also made the year particularly difficult for the company.

“2021 has been a challenging year for Crown, with intense regulatory scrutiny and unprecedented impacts on business operations from the Covid-19 pandemic,” Jane Halton said. The interim chairman will hold this position until Ziggy Swiatkowski, the designated new chairman of Crown Resorts, will effectively take over.

The main source of income for Crown Resorts during the 2020-2021 financial year was non-gaming revenue, which includes wagering. This source brought in 651.1 million dollars, a sum which represents a 9.4 percent decrease compared to the previous year.

Crown Melbourne, the largest of the company’s properties, brought in revenue of 582.5 million dollars. However, that number represents a drop of 60.5 percent compared to the previous year.

Crown Perth became the operator’s most lucrative property, recording revenue of 613.3 million dollars, rising by 21.1 percent compared to the previous year. Crown Sydney, a property which is not yet licensed to host gambling following the Bergin Inquiry, brought in just 68.6 million dollars, all from non-gaming sources.