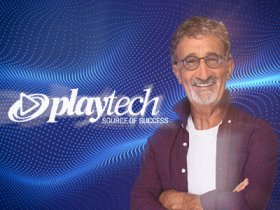 The takeover bid from Australia’s Aristocrat for Playtech, the international supplier of slot games and live casino content, seems to encounter further competition as JKO Play has secured funding for a counteroffer.

The information was revealed by English newspaper The Times as it announced Eddie Jordan, one of the two founders of JKO Play, has reached an agreement with Vikrant Bhargava, an Indian-born British millionaire, to secure the funding for the attempt to purchase Playtech.

Aristocrat announced its offer for Playtech in October 2021. The Australian gaming giant was ready to pay 680 pence per share for a total of 2.9 billion U.S. dollars. The price represented a 58 percent premium over the actual Playtech stock price at the time, which was 429 pence per share.

The bid won the support of the Playtech board of directors, and it was scheduled to be submitted to a shareholders vote on January 12. However, interest from JKO Play emerged, and that led to Playtech deciding to postpone the vote until February 12, while giving JKP Play time until January 26 to make a concrete offer or withdraw from the race.

It is believed that the Playtech shareholders could want a better price per share than what Aristocrat offered in October, because the bidding war did influence the stock market and the shares went well past that level since then. JKO Play Limited is led by former Formula 1 team owner Eddie Jordan and former Scientific Games executive Keith O’Loughlin.

One Of The World’s Richest iGaming Entrepreneurs

According to media reports, JKO Play did not have the financial power to match or better the offer received by Playtech from Aristocrat. That is why the company sought the support of Vikrant Bhargava, one of the world’s richest entrepreneurs in the sector of iGaming.

Bhargava founded online casino and poker operator PartyGaming in the 1990s and then served as the company’s Marketing Director for several years. In 2006 the British businessman stepped down from PartyGaming and established Veddis Ventures, a Gibraltar-registered private investment company. Now the 49-year-old businessman is believed to have a net worth of around 678 million dollars.

Vikrant Bhargava is believed to have agreed to participate in the financing of the bid from JKO Play, but Aristocrat has already announced that they have all the financing in place for the takeover.