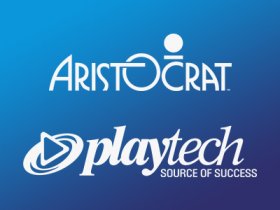 Playtech, one of the world’s leading providers of software and content for online casinos, has announced that it postponed the shareholders’ vote on the takeover bid the company received from Aristocrat, the Australian developer of casino slot machines and digital games.

Aristocrat announced its offer for Playtech in October 2021. The Australian company was ready to pay 680 pence per share for a total of 2.9 billion U.S. dollars. The price represented a 58 percent premium over the actual Playtech stock price at the time, which was 429 pence per share.

The offer seemed to get the approval of the Playtech board of directors right away, but the news also led to the appearance of a few other suitors. The first rival to appear was Gopher Investments, a company which already held a 4.97 percent stake in Playtech.

However, Gopher Investments later proved that it was only interested in acquiring Finalto, the financial trading division of Playtech. That deal was agreed in December 2021, paving the way for a shareholder vote on Aristocrat’s offer.

The other potential suitor was JKO Play Limited, a company that is led by former Formula 1 team owner Eddie Jordan and former Scientific Games executive Keith O’Loughlin. JKO Play revealed its interest and then said the offer was dependent upon acquiring funding from a private equity fund in the United States.

Initially, Playtech set a deadline for JKO Play, they had to come up with a concrete offer by January 5, and then on January 12 the shareholders were scheduled to vote on the takeover bid from Aristocrat.

However, now it seems that the talks between Playtech and JKO have progressed past the initial level and the potential buyer asked for more time in order to develop the terms of its offer.

With that potential deal on the table, Playtech decided to postpone the shareholder meeting from January 12 to February 2, while JKO Play received a new deadline for submitting an offer: January 26.

Aristocrat doesn’t seem to be put off by these events, though, the Australian company said in a filing that its bid “remains the only firm offer that has been made for Playtech.”