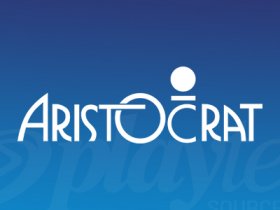 Aristocrat Leisure Limited, the Australian developer of casino slot machines and digital games, has announced it has successfully raised the 1.3 billion Australian dollars it needs in order to acquire Playtech, the international developer of video slots and live dealer games.

Aristocrat revealed on 18 October that it had made an offer to acquire Playtech for 3.9 billion Australian dollars. At the time, the Australian company announced that it had 1.1 billion dollars in cash and that the remaining funds would be raised through a long-term loan and through equity raising.

The Playtech board of directors have also found the offer appealing, recommending the remaining shareholders to vote in favour of the acquisition deal. The offer from Aristocrat is worth 680 pence per share, 58 percent more than the closing price on the stock market on 15 October, which was 429 pence per share.

However, last week the media announced that there could be a rival bid for Playtech as Gopher Investments requested access to some due diligence information before deciding whether to submit an actual offer or not.

Gopher Investments already holds a 4.97% stake in Playtech and is believed to be interested in owning a majority stake. After that information was made public, Aristocrat issued a statement through the Australian Stock Exchange, acknowledging Gopher’s interest in Playtech but reassuring everybody that it “will continue to work with Playtech to progress the recommended acquisition”.

The statement from Aristocrat also urged Playtech shareholders to vote in favour of the takeover when the proposition would be presented to the shareholders’ general meeting.

Playtech was founded in 1999 and has developed into a powerful provider of video slots and live dealer games for online casinos. The company has around 6,400 employees across 24 countries, and its products can be found in almost all the largest online casinos in the world. Playtech’s live casino titles are currently broadcast from studios in the United States, Latvia, Estonia, the Philippines and Romania.