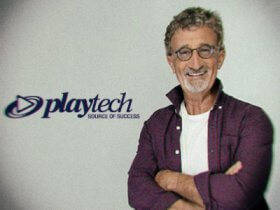 Aristocrat Leisure Limited, the Australian developer of casino slot machines and digital games, remains the only suitor in the Playtech acquisition race after JKO Play announced it dropped its interest in the purchase.

At that time, Aristocrat was the favourite to purchase Playtech after having raised over 1 billion dollars to help fund the deal. Playtech had even scheduled a shareholder meeting to vote on the Aristocrat proposal, but the potential bid from JKO Play, who also seemed ready to secure funding for the deal, led to the postponement of that meeting.

The shareholder meeting was rescheduled for 2 February, giving JKO Play time until 26 January to clarify its intentions. On 21 January, JKO Play issued a statement in which it announced that it would not pursue its interest in Playtech and pulled out of the race. JKO Play still holds a 0.51 percent stake in Playtech.

This announcement leaves Aristocrat as the only remaining buyer interested in acquiring Playtech. The Australian slot manufacturer made its initial bid in October 2021, and that offer was worth 3.67 billion dollars.

Playtech met that bid with quite a bit of enthusiasm as its board of directors recommended unanimously that the shareholders vote in favour of the offer. Playtech even issued a statement in which it underlined that the takeover would give the company “certainty and liquidity”.

However, the position of the Playtech board seems to have shifted slightly in the meantime, now the company issued a statement in which it said there is still uncertainty about the shareholders vote on 2 February.

On the other hand, Aristocrat issued a statement as well in which it urged the Playtech shareholders to vote in favour of the takeover. The Australian company said that its offer would give shareholders “full and fair value for their investment”.

Playtech was founded in 1999 and has developed into a strong provider of video slots and live dealer games for online casinos. The company has approximately 6,400 employees across 24 countries, and its products can be found in almost all the biggest online casinos in the world. Playtech’s live casino titles are currently broadcast from studios in the United States, Latvia, Estonia, the Philippines and Romania.