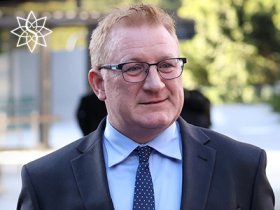 Star Entertainment Group, one of the most powerful operators of land-based casinos in Australia, has announced that Geoff Hogg, the acting Chief Executive Officer of the company, has decided to resign after having held the role for just under four months.

Geoff Hogg took over the Chief Executive Officer role on a temporary basis in June 2022 after Matt Bekier resigned as CEO and Managing Director of the company. Bekier’s resignation came after the company’s operations in New South Wales came under scrutiny following allegations of misconduct at The Star Sydney.

Matt Bekier was replaced by John O’Neill, but the latter also left after less than two months on the job. Then Geoff Hogg was appointed as acting Chief Executive Officer while Ben Heap took the role of interim Chairman.

The company does have a permanent replacement lined up, in July the business announced that Robbie Cooke would become Chief Executive Officer and Managing Director of Star Entertainment Group on a full-time basis. However, the announcement did not include a confirmation of the date when the appointment would become effective.

Geoff Hogg’s resignation was accepted by the company’s board of directors, but the acting Chief Executive Officer will remain on the job in order to transition his responsibilities before he leaves.

For now Ben Heap, the interim Chairman, will also assume the role of Chief Executive, and will most likely serve in this capacity until Robbie Cooke finally joins Star Entertainment Group. The company pointed out that Ben Heap refused to be paid an additional salary while acting as Executive Chairman.

The high-profile resignation comes shortly after Star Entertainment was declared unsuitable to hold a casino license in New South Wales. The company was given fourteen days to respond to the findings of the Independent Casino Commission of New South Wales before disciplinary action is taken.

The report added that the failings were the result of “ineffective risk management and governance”, along with a “dysfunctional” culture in relation to ethical conduct, mainly by prioritizing business goals over compliance objectives. Moreover, the report revealed that the company lied to banking institutions and to the state regulator as well.