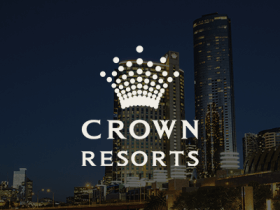 Crown Resorts, the biggest operator of land-based casinos in Australia, warned the Victoria Royal Commission that the company could default on its debts if the state decides to cancel its license to operate the casino in Melbourne.

The Royal Commission that is investigating the compliance of Crown Resorts and its activities in the state of Victoria, asked the casino operator to submit their views on the potential impact of a revocation of its license to operate Crown Melbourne.

The company swiftly replied in writing, claiming that even a suspension of the casino operating license would trigger a significant default risk, which would in turn place the benefits Crown Resorts provides to the state at risk.

Crown Resorts pointed out that it is the biggest single-site employer in Melbourne, with more than 11,500 employees working at the company’s resort and casino in the city. Moreover, the company underlined that since 2014 it has paid casino taxes and community benefit levies worth at least 1.4 billion dollars.

The conclusion of the Crown Resorts submission is that a potential cancellation of the license is not in the public interest. If the license gets cancelled there is also the possibility of subleasing the casino to another operator, but Crown insists that would also cause substantial disruption to the activity.

Adrian Finanzio, the counsel assisting the Royal Commission in Victoria, provided his final submissions at the end of July, after two months of hearings. The counsel revealed that the evidence he uncovered shows Crown Resorts should at best have its casino license suspended

However, the assisting counsel revealed that he believed the license should be cancelled altogether, due to systemic problems when it comes to money laundering controls, responsible gambling, tax payments and compliance. The counsel’s submission also found Helen Coonan, the Executive Chair of Crown Resorts, and Xavier Walsh, the Chief Executive Officer of Crown Melbourne, not suitable to be associates of Crown Melbourne.

The Victorian Royal Commission was formed in February 2021, following the conclusion of a similar inquiry in New South Wales and the release of the famous “Bergin Report”, which led to the suspension of Crown’s license to operate its Crown Sydney casino. The commission in Victoria has until October 15 to report its findings.