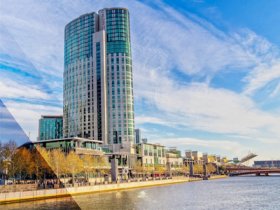 Crown Resorts, the largest owner and operator of land-based casinos in Australia, has been given a fine of 80 million Australian dollars from the Victorian Gambling and Casino Control Commission.

The decision to impose the fine on the casino operator was taken after an investigation conducted by the Victorian Gambling and Casino Control Commission found that Crown Melbourne allowed some of its customers to use China UnionPay cards to gamble between 2012 and 2016.

This is the first time that the Commission has made use of its stronger powers granted to it by the latest amendments to the Casino Control Act. Now the Commission can impose fines of up to 100 million dollars, quite an increase from the maximum of 1 million that was available before the legislative modifications.

In response to the fine of 80 million Australian dollars, Crown Resorts issued a statement in which it acknowledged “its historic failings” and insisted that the China UnionPay process ended in 2016.

More Trouble On The Horizon

The Victorian Gambling and Casino Control Commission added that during its investigation it found out that Crown Resorts had other mechanisms in place which persisted after 2016 that enabled China UnionPay cards to be used at Crown Hotels, which could have potentially been used for gambling.

Those transactions will be further investigated by the Commission and that might lead to further disciplinary actions against the company, with a fine of up to 100 million dollars looming.

In October 2021, a Royal Commission report found that Crown Resorts was not suitable to hold a casino license in Victoria. The report revealed that the company’s conduct had been “illegal, dishonest, unethical and exploitative.”

Those problems might end, though, as soon as the company has new owners. That day will most likely come sooner rather than later as the company’s shareholders approved the takeover bid from Blackstone Group at the end of May.