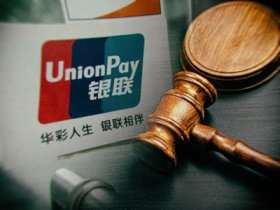 Crown Resorts, the largest owner and operator of land-based casinos in Australia, is facing further challenges with regulators as the Victorian Gambling and Casino Control Commission announced it had launched disciplinary proceedings against Crown Melbourne.

Crown Melbourne is facing fines of up to 100 million dollars as part of these proceedings as the operator has allegedly enabled illegal transfers of funds from China using UnionPay.

The Victorian Gambling and Casino Control Commission is now taking a closer look at what was called by the media the “China Union Pay process”, a scheme that saw Crown Resorts issue false receipts for hotel services in order to allow gamblers to use those funds for purchasing gambling chips.

Before this scheme came to light, Crown Melbourne was facing fines of up to 1 million dollars, but now the penalty could end up being 100 times higher. The Victorian Gambling and Casino Control Commission can also decide to vary the casino license or direct the company to take the necessary rectification steps.

Fran Thorn, the chair of the Victorian Gambling and Casino Control Commission, described the “China Union Pay process” as “serious misconduct” and an important breach of regulatory obligations.

Crown Resorts confirmed that it received a notice from the Victorian Gambling and Casino Control Commission regarding the proceedings and added that the company will be trying to “work cooperatively” with the commission. “Crown’s priority remains committed to delivering on its reform and remediation program to ensure Crown delivers a safe and responsible gaming environment,” the company statement added.

Takeover Getting Closer To Completion

Meanwhile, Crown Resorts is getting closer and closer to changing ownership. The company has announced that the Australian Foreign Investment Review Board has approved the proposed acquisition of the company by Blackstone.

Blackstone Group, a powerful global private equity group, submitted its latest bid for Crown Resorts in January, offering a price of 13.1 Australian dollars cash per share for a total of 8.9 billion Australian dollars for the entire deal.

Blackstone already owns 9.9 percent of Crown Resorts, a stake that was acquired from Melco Resorts & Entertainment Limited in April 2020. The price per share at that time was just 8.15 dollars. The latest offer was approved by the Crown Resorts board, which issued a statement in which it unanimously recommended that shareholders vote in favor of the acquisition.