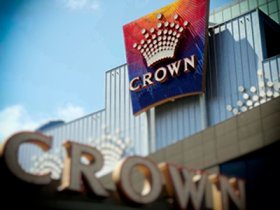 Crown Resorts Limited, one of Australia’s largest and most powerful entertainment companies, would have to pay back 175 million Australian dollars if their credit rating is further cut by the specialized agencies.

In November 2020, ratings agency Moody’s cut the score for Crown Resorts Limited to Baa3, just one notch above “junk.” The agency also signalled the possibility of cutting the rating even further, since the New South Wales Independent Liquor and Gaming Authority delayed making a decision on whether the Barangaroo casino’s gaming floors could open, pending the results of their inquiry.

If the company’s rating goes down to “junk,” then it would be extremely difficult and very expensive for Crown Resorts to borrow money from banks. The Australian company is now relying on selling luxury apartments at its Barangaroo development, located on Sydney’s harbour, to trim some of its debt load.

Crown Resorts revealed that Moody’s did not rate a chunk of debt worth 175 million Australian dollars, sold as euro medium-term notes. That debt was on the books before the Packer family bought the company in 2007.

The medium-term notes are believed to have been sold to a Japanese investor and are rated by Fitch and Standard & Poors, two other international rating agencies. The rating is BBB, which stands two steps above “junk.”

However, if Fitch and Standard & Poors follow Moody’s signals and either withdraw their ratings or downgrade them, the Japanese investor could demand full repayment of 175 million dollars, plus an additional sum for interest considering that the loan’s due date is in 2036.

The exact size of the additional potential payment is unknown, but it would be in the range of tens of millions of dollars. It is believed the Australian company would be able to cover that amount, but that would leave them without investment funds and with a poor credit rating.

Crown Sydney, the company’s Barangaroo development, cost almost 2 billion dollars to build. Last year, Crown Resorts took a loan of 450 million dollars to finish the construction, and that money has to be repaid by the end of 2021.

Crown was hoping to open the casino at this new venue before Christmas, but instead had to settle for a partial opening of the venue, pending the results of the aforementioned investigation by the New South Wales Independent Liquor and Gaming Authority.

Crown Resorts Limited is accused of having used potentially illegal agents to attract rich Chinese gamblers to its venues. That could lead to the company losing its gaming license for the Sydney development. In response, Crown has already banned offshore junket operators.

Crown Sydney is a five-star facility with 350 hotel rooms along with several bars, restaurants and 120 gaming tables. Crown Resorts also owns and operates two of the country’s largest integrated resorts, Crown Melbourne and Crown Perth, along with Crown Aspinalls in London.