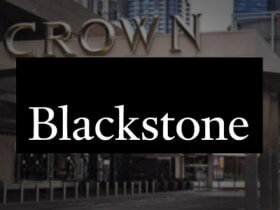 Blackstone had made a previous approach to buy Crown Resorts in March, and at that time the buyer offered 11.85 dollars cash per share. That initial bid was rejected, then Blackstone upped the price to 12.35 dollars per share but that offer was turned down by Crown Resorts as the Australian company considered it undervalued its business.

The Blackstone Group already owns 9.99 percent of Crown Resorts’ shares, a stake that was acquired from Melco Resorts & Entertainment Limited, the giant Asian gaming group, in April 2020. The price per share at that time was 8.15 dollars.

The new offer is worth 12.50 dollars per share, and if accepted it would see Blackstone pay 8.46 billion Australian dollars to acquire the remaining 90.1 percent stake in Crown Resorts.

This proposal is subject to a few conditions, including Crown allowing Blackstone to conduct due diligence. Moreover, the offer requires backing from the Crown Resorts board in order to proceed to the next steps.

Last but not least, Blackstone has also proposed an implementation agreement in the deal, which imposes terms and conditions related to approvals from relevant courts and gambling regulators. These conditions are also related to the ongoing investigations involving Crown Resorts in Victoria and New South Wales.

Regulatory Trouble In More Than One State

Last month, Crown Resorts was deemed unsuitable to hold a casino license in Victoria after the Royal Commission found the company had engaged in conduct that was described as “illegal, dishonest, unethical and exploitative”. However, the license was not immediately revoked. Crown Resorts was given a two-year period to turn things around, and during that time its activity is going to be strictly monitored.

In February, Crown Resorts was also found to be unsuitable to operate a casino in Sydney after the New South Wales Casino Inquiry (also known as the Bergin Inquiry) found evidence that its facilities and accounts were used for money laundering. The company’s venue in Sydney operates without its casino component until the New South Wales regulator will reconsider the case if Crown makes the agreed improvements to its activity.

Crown’s board has not yet expressed an opinion regarding the new offer from Blackstone, but the bid will be assessed in the coming days. Blackstone was not the only suitor for Crown in recent months. Fellow casino operator Star Entertainment Group proposed a merger with Crown, creating a combined business worth around 12 billion dollars. That bid was not rejected by Crown, but Star later decided to withdraw it.