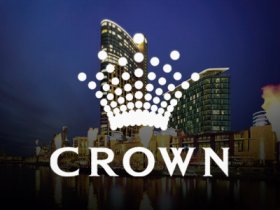 Crown Resorts, the biggest owner and operator of land-based casinos in Australia, has received very bad news from Victoria as the state regulator decided to slap a fine of 120 million Australian dollars on the company.

The company’s Melbourne casino received the fine from the Victorian Gambling and Casino Control Commission as the state regulator found failures within the operator’s Responsible Service of Gambling obligations.

The fine comes after Crown Melbourne was found unsuitable for operating a casino in the state. Moreover, the company was fined 80 million Australian dollars in May for having illegally used China Union Pay cards for gambling transactions.

The casino also failed to comply with a statutory direction issued by the regulator which states that the company should take steps to prevent customers from using plastic picks and other devices that allow them to simulate automatic play on some electronic gaming machines.

Speaking about the record fine, Fran Thorn, the Chairperson of the Victorian Gambling and Casino Control Commission explained that Crown Melbourne has been failing “in its legal and moral obligations” for a long time.

Moreover, the Commission Chairperson added that the fine worth 120 million Australian dollars should “ send a powerful message to Crown” and that the company should understand that the regulator will not tolerate any misconduct.

Crown Melbourne is currently operating under the supervision of a Special Manager who will submit a final report to the Victorian Gambling and Casino Control Commission in 2024. That report will help the state regulator decide whether the license will be reinstated or canceled.

Crown Resorts was recently the subject of a successful takeover approach as Blackstone, a powerful international private equity company, bought the casino operator in a deal worth 8.87 billion dollars. The new owners then appointed Ciaran Carruthers as the company’s new Chief Executive Officer.