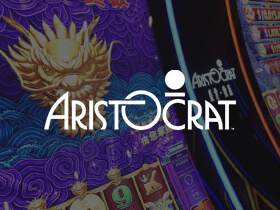 Aristocrat Leisure Limited, the Australian developer of casino slot machines and digital games, has announced its plans to launch a new business which would allow the company to enter the online real money gaming market.

The third brand, which will be all about online real money gaming, will be led by Mitchell Bowen, the Chief Executive Officer of Aristocrat Gaming. Bowen will be replaced by Hector Fernandez as Chief Executive Officer of Aristocrat Gaming, and more appointments, both internal and external, are expected to be made before the real money gaming business becomes operational.

Aristocrat is planning to invest heavily in building its own real-money gaming platform, and acquiring other businesses is one of the methods that the company is ready to use. In fact, the Australian company was ready to spend almost 3 billion dollars on the acquisition of Playtech, but the takeover bid was eventually rejected by the shareholders.

Speaking about the failed acquisition, Trevor Croker insisted that the company’s expansion plans into the real money gaming sector remain unchanged. “Achieving a scaled position in online real money gaming will be a medium-term effort,” Croker said, while pledging to make “a sustained investment over a number of years”.

Along with the plans for the future, Aristocrat also revealed its complete results for the 2020-2021 financial year. The Australian company reported revenue of 4.70 billion dollars for the year, representing a 14 percent increase compared to the previous fiscal year.

Moreover, earnings before interest, taxation, depreciation and amortization (EBITDA) amounted to 1.50 billion dollars, a figure which represents a significant increase of 43 percent year-on-year. The company’s profit after tax was 865 million dollars, an increase of 81 percent compared to the previous year and just 3 percent less than the last year before the novel coronavirus pandemic.