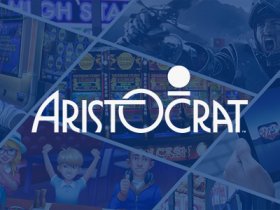 Aristocrat Leisure Limited, the well-known Australian developer of casino slot machines and digital games, has decided to expand its activity through three new studios based in Europe.

Two of these three new studios were acquired from other companies, while the third was set up from scratch by the Australian company. The two acquisitions were Futureplay from Helsinki, Finland, and Playsoft from Gdańsk, Poland.

Futureplay was founded in 2015 and it specializes in casual gaming. The company has released six games that have been global hits, being played by over 140 million users worldwide. Among these popular titles we can find “Merge Gardens”, “Idle Farming Empire” and “Battlelands Royale”.

Now the Helsinki-based studio will operate under Aristocrat’s “Plarium” business division, allowing it to diversify its portfolio while allowing the creative team to take advantage of better development infrastructure and better marketing expertise.

Playsoft has been on the market for 13 years as a mobile gaming studio specialising in the social casino genre. The Poland-based studio released more than 50 successful game titles for third-party owners. Now the studio will operate under Aristocrat’s “Product Madness” business.

As for the newly-established studio, Aristocrat chose to build it in Helsinki, Finland, and named it “Northern Stars”. According to the Australian company, this studio will focus on the emerging hybrid casual genre, while further expanding Aristocrat’s game development capabilities overall.

Michael Lang, the Chief Executive Officer of Aristocrat Digital, revealed that these moves are part of the company’s plans to achieve accelerated growth in the digital gaming industry, backed by the impressive results recorded in recent years.

“These deals are consistent with Aristocrat’s successful strategy of bringing more world-class game development talent and capability into the organisation to expand our game pipeline and sustain our strong growth momentum in Digital,” the Chief Executive Officer added. “We will continue to be active in pursuing global talent and studio deals that accelerate our growth strategy, alongside our sustained proven focus in driving organic growth and above market results.”

Aristocrat Leisure Limited, the conglomerate that also owns Aristocrat Digital, has reported a normalized net profit after tax of 412 million dollars in the first half of 2020-2021 fiscal year, up 12 percent compared to the same period of the previous year. A strong rise in revenue from digital games was the main reason behind the group’s good results.