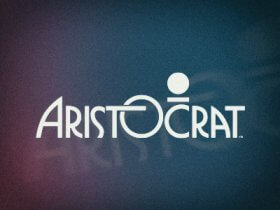 Aristocrat Leisure Limited, the Australian developer of casino slot machines and digital games, has announced that Julie Cameron-Doe, the company’s Chief Financial Officer, will leave the corporation on April 15.

Denby has been working at Aristocrat for more than seven years, occupying senior finance roles within the company, including a four-year tenure as the corporation’s general manager of finance.

Aristocrat Leisure Limited also announced that a global search for a permanent replacement for Julie Cameron-Doe is ongoing. Trevor Croker, the Chief Executive Officer and Managing Director of Aristocrat, described Julie Cameron-Doe as “an exceptional partner” and thanked the former CFO “for her dedicated service to Aristocrat over the past eight years.”

Earlier this year, Aristocrat Leisure Limited announced its plans to launch a new business which would allow the company to enter the online real money gaming market.

The third brand, which will be dedicated exclusively to online real money gaming, will be led by Mitchell Bowen, the Chief Executive Officer of Aristocrat Gaming. Bowen will be replaced by Hector Fernandez as Chief Executive Officer of Aristocrat Gaming, and more appointments, both internal and external, are expected to be made before the real money gaming business becomes operational.

Aristocrat is planning to invest heavily in building its own real-money gaming platform, and acquiring other businesses is one of the methods that the company is ready to use. In fact, the Australian company was ready to spend almost 3 billion dollars on the acquisition of Playtech, but the takeover bid was eventually rejected by the shareholders.