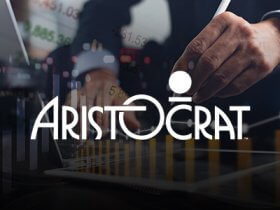 Aristocrat Leisure Limited, the Australian developer of slot machines for land-based casinos and digital games for online casinos, has announced that the 2022 fiscal year has brought a 17 percent increase in revenue for the company.

The 2022 fiscal year ended on 30 September and Aristocrat’s revenue for the whole 12 months amounted to 5.57 billion Australian dollars, definitely an improvement from the 4.73 billion that were generated in the 2021 financial year.

The year has been quite an active one for the Australian company as it sought to expand its business more into online gambling. In October 2021 Aristocrat made a multi-billion dollar offer to take over Playtech, one of the world’s top developers of video slots and live dealer games.

The bid eventually fell through but Aristocrat didn’t give up and in October 2022 it agreed a deal to acquire Roxor Gaming, an iGaming content supplier based in the United Kingdom.

Moreover, a few days later the Australian company unveiled the new brand it has chosen for its online arm: Anaxi. The new brand comprises the entire online real-money gaming division of Aristocrat Leisure Limited, a division which launched in February 2022

Returning to the financial results for the 2022 fiscal year, Trevor Croker, the company’s Chief Executive Officer and Managing Director also pointed out that the company recorded an annual profit of 1.1 billion dollars, exceeding the performance recorded in 2019, the last year before the Covid pandemic hit, by almost 23 percent.

The most important and valuable division for the company’s financial results was Pixel United, which generated almost half of Aristocrat’s total revenue for the year: 2.59 billion Australian dollars.

Within this segment, the company’s business in the Americas generated most of the revenue, 2.42 billion Australian dollars, a figure which represents an increase of 32.2 percent year-on-year.

Overall, Aristocrat Leisure Limited recorded a pre-tax profit of 1.22 billion dollars, up 31.3 percent compared to the previous fiscal year. Income tax also went up by 142.1 percent, so that left the company with a net profit of 948.5 million dollars.