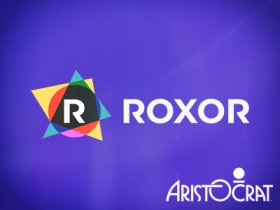 Aristocrat Leisure Limited, the Australian developer of slot machines for land-based casinos and digital games for online casinos, has agreed a deal to acquire Roxor Gaming, an iGaming content supplier based in the United Kingdom.

The two parties have not disclosed the financial details of the agreement, but Aristocrat revealed that the move is part of its strategy which aims to accelerate the company’s real-money online gaming footprint.

Roxor Gaming was founded in 2019 by Noel Hayden, the chairman and co-founder of Gamesys, and it previously operated as the in-house studio and product team of the Gamesys Group.

After having launched as an independent entity, Roxor Gaming managed to roll out its content in New Jersey and also had plans to expand into more North American states as well as in the United Kingdom.

Aristocrat Leisure Limited is expected to complete the acquisition in the first quarter of 2023. Mitchell Bowen, the Chief Executive of Aristocrat’s online real-money gaming division, described Roxor Gaming as “a great fit” for the Australian company and its strategy “to scale in online RMG” (real-money gaming). Noel Hayden, the founder of Roxor Gaming, expressed his feeling that the deal “brings two great companies together.”

Aristocrat Leisure Limited is very determined to expand its footprint in the online gaming market and the Australian company made its strategy clear earlier this year. In fact, when the company released its financial results for the first half of the fiscal year, the report also revealed that Aristocrat was looking to accelerate its growth in online gambling through a “build-and-buy”strategy.

At the end of 2021 Aristocrat attempted a major takeover deal involving Playtech, an online gambling technology giant, and made an offer worth 2.7 billion pounds for the company.

The deal fell through in February 2022, when the Playtech shareholders rejected the takeover attempt because they felt a better price per share could have been obtained. After the deal fell through the Australian company launched its own online real-money gaming (RMG) division, with the declared goal of becoming “the world’s leading online gambling platform.”