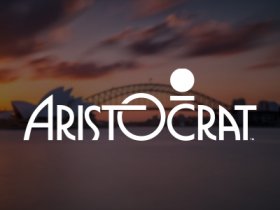 Aristocrat Leisure Limited, the Australian developer of casino slot machines and digital games, has announced that it plans to launch a brand-new product that will have responsible gaming features included.

The new product has already been approved in separate Australian states and will be launched on a larger scale by the end of the first quarter of 2020. The announcement was made by Trevor Croker, the company’s chief executive and managing director, at the 2021 annual general meeting.

The second generation of electronic gaming machines which have responsible gaming features embedded was trialed by Aristocrat in 2019. This technology was called “Flexiplay” by the country and it has now been approved by authorities in New South Wales and Queensland.

“Flexiplay” will help players by allowing them to set time limits or quarantine winnings from being brought into play again. Trevor Croker added that the company will continue to look for implementing product-based responsible gaming innovations in the future.

During the same annual general meeting, the chief executive also commented on the company’s financial result for the past year. There were obvious difficulties for the business due to the effects of the novel coronavirus pandemic, but Aristocrat Leisure Limited still managed to record a profit.

The company reported a normalised full-year profit after tax of 476.6 million Australian dollars, but the profit for the 12-month period ended September 30 declined by 46.7 percent.

Moreover, the group’s operating revenue in the 12 months to September 30 recorded a decrease of 5.9 percent year-on-year to 4.14 billion Australian dollars. However, the board decided to pay shareholders a dividend of 0.1 dollars per share, amounting to a total expense of 63.9 million dollars.

Last year, Aristocrat made an important step into the European market through an agreement with Inspired Entertainment, a company which operates in several territories on the continent.

That deal brought Aristocrats electronic gaming products to Inspired’s virtual lottery terminals in Greece, along with the comma 6B market in Italy, and the B3 market in the United Kingdom.

Aristocrat Leisure Limited was founded all the way back in 1953 and since then it grew into a global gaming powerhouse, operating in over 90 countries. The company’s headquarters and administrative offices are in Sydney, but Aristocrat also has marketing and development offices in South Africa, Russia and the United States.