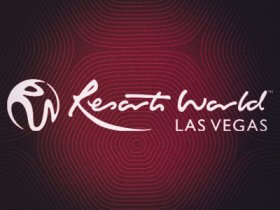 Resorts World Las Vegas, the entertainment complex owned and operated by Genting Malaysia in the United States, has been growing at a slower rate than analysts expected last year.

The resort opened for business in August 2021, and the early signs were extremely good as the venue recorded earnings of 650,000 dollars per day during the first week of operations.

Now, despite having completed two full quarters of operations, the business growth is slower than the company expected, according to analysts at Nomura, the famous Japanese financial institution.

Genting Malaysia Berhad has just published its results for the fourth quarter of 2021 and despite having return to profitability overall, Resorts World Las Vegas delivered results below expectations.

The resort achieved 80 percent hotel occupancy in the fourth quarter of 2021, while overall revenue and earnings before interest, taxes, depreciation and amortization (EBITDA) were comparable to the figures that were recorded in the third quarter.

On the other hand, analysts from J.P. Morgan revealed that the lower revenue was due to the fact that Resorts World Las Vegas had lower rates than the competition for hotel rooms.

Genting revealed that the face-mask mandates in public indoor places imposed by the state of Nevada from 30 July 2021 had a negative impact on the business. Moreover, the Las Vegas resort had to deal with some convention cancellations and a decrease in weekday business. The mask mandate has been removed from February 2022, so business should pick up.

Resorts World Las Vegas opened on 24 June 2021 and it became the first new casino-resort development on the Las Vegas Strip in more than a decade. The gigantic resort offers 3,500 hotel rooms, 40 food and beverage outlets, along with 117,000 square feet of casino floor. The development of this venue cost 4.3 billion dollars and planning for it began all the way back in 2007.