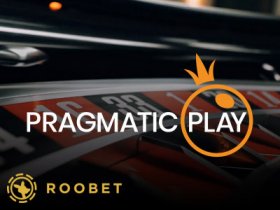 Pragmatic Play, one of the world’s top providers of live dealer games and slot games for online casinos, has announced that its partnership with Roobet has expanded to include a bespoke live casino studio.

The developer has set up a brand new dedicated studio for Roobet, featuring four blackjack table. The studio design utilizes the extensive experience gained by Pragmatic Play and should deliver its players an immersive gaming experience.

Chris Micallef, Head of Casino at Roobet, expressed his delight at the launch of the new dedicated live casino studio, adding that the operator was well aware that Pragmatic Play had set up similar bespoke studios for “numerous tier-one operators”.

Pragmatic Play was established in 2013, initially under the “Extreme Live Gaming” brand. Later the company became part of the Novomatic Group and in 2015 the whole business moved to London.

In 2018, Extreme Live Gaming was acquired by slot provider Pragmatic Play and that is when their live dealer games really started to become popular all around the world. The company currently delivers up to six new slot titles every month, along with live casino titles and Bingo products.

Pragmatic Play has been setting up more and more bespoke live casino studios lately, with some of the biggest brands in the industry teaming up with the provider to set up such gaming environments.

In March 2022, the supplier announced that it had set up a dedicated live blackjack studio for 888casino, featuring a full range of custom-built tables and designs, all of them including the colors and the branding of the popular online casino.

Two months later, Pragmatic Play revealed that it signed an agreement with Stake, a major online casino operator, to deliver a dedicated live casino studio with twelve gaming tables: ten tables for Blackjack, one for Roulette and one for Speed Baccarat.