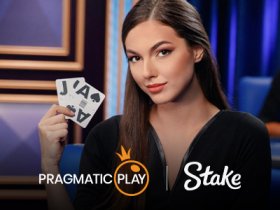 Pragmatic Play, one of the world’s top providers of live dealer games and video slots for online casinos, has announced that it signed a new agreement with Stake, a major online casino operator.

The agreement stipulates that Pragmatic Play will be in charge of delivering a purpose-built dedicated live casino studio for Stake, featuring twelve gaming tables with the operator’s branding elements in prime positions.

The studio will include ten tables for Blackjack, one for Roulette and the other table will be used for Speed Baccarat. Pragmatic Play has recently signed similar agreements with big international operators such as 1xbet, 888casino and Mansion, delivering exclusive live dealer studios.

Stake is a big name on the international gambling scene as well, it is a community-based sports betting platform that also boasts a very popular online casino. This brand has an important position in big markets such as Canada and Brazil.

Speaking about this new agreement, Yossi Barzely, Chief Business Development Officer at Pragmatic Play, described Stake as “a major emerging force in the iGaming landscape”, which grew explosively since its launch in 2017.

“We’re very pleased they’ve partnered with us to create a dedicated Live Casino studio,” Yossi Barzely added, stressing that Pragmatic Play would strive to deliver a product that will prove “worthy of the Stake brand.”

Edward Craven, Co-Founder of Stake, revealed that Pragmatic Play are fully committed to ensuring that “every need” of the operator is met, and that is what persuaded them to sign the agreement. Moreover, Craven added that the bespoke studios that Pragmatic Play has set up for other major brands “have performed well in regulated markets all over the world” and described the deal as “an important step forward” for Stake.

Pragmatic Play was established in 2015 as a developer of video slots. The company entered the live casino market in 2018, when it acquired Extreme Live Gaming, a live dealer content developer based in the United Kingdom. The supplier has gained international fame in recent years and nowadays it manages to releasess up to five new slot titles every month, along with live dealer games and bingo products.