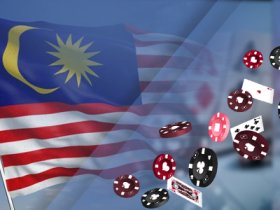 Nomura, the well-known Japanese financial company, released a report that reveals the Malaysian gaming industry has good prospects for 2021 after having dealt with the negative effects of the novel coronavirus pandemic in 2020.

A research note released by Nomura says the analysts expect Genting Malaysia, the division of the big international conglomerate Genting Group, to experience a gradual recovery in 2021 and even significant growth in 2022 once it opens its new outdoor theme park.

Genting Malaysia has reported a loss of 178.5 million dollars in the third quarter of 2020, which would roughly convert into MYR726.2 million. The revenue for the three months to 30 September amounted to MYR1.42 billion, significantly less than in the corresponding period last year. In the third quarter of 2019 the group recorded revenues of MYR2.63 billion.

The Genting Group owns and operates multiple resorts and casinos in Malaysia, Egypt, the United States, Bahamas, the United Kingdom and Singapore, and all of them had to reduce their activity since the outbreak of Covid-19.

The Genting Highlands resort reopened in June as restrictions eased and in the third quarter of 2020 its revenues were already 66 percent over prior year levels. According to the analysts at Nomura, “this demonstrates local demand resilience as movement curbs were lifted in 3Q20 (70 percent of Malaysian revenue historically has come from locals), and the effect of cost rationalization undertaken by the group. While visitation dipped after October movement curbs, it rebounded towards year-end holidays again.”

Nomura advises its customers to buy Genting Malaysia shares as soon as possible, because they expect the value of the stock to rise by 24 percent by the end of 2021.

Other Analysts Expect Growth As Well

Kenanga Research also expects gaming companies’ earnings to recover and their report also singles out Genting Malaysia as their top pick for investors in the stock market.

KayHian Research, which works for the United Overseas Bank, added that gambling stocks are also appealing because of their strong dividend yields.

“Investors should gradually price in the gaming sector’s sustainable prospective yields of 4.2 percent to 7.5 percent from FY21 onwards,” the research firm said in a press release.

“Meanwhile, we also expect Genting Malaysia to pay out lucrative dividends for 2021, given its lush gross cash of RM3.7 billion (RM0.62/share) and considering parent Genting’s cash needs to complete the construction of Resorts World Las Vegas. This should satisfy investors’ hunger for sustainable high-yield plays in a low interest rate environment and volatile capital market,” the researchers added.