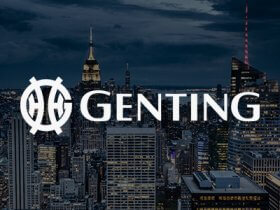 Genting Malaysia, the famous global leisure and hospitality company, is believed to be very well positioned to acquire a full casino license in the state of New York next year, once authorities in the region decide to move in that direction.

The announcement regarding the license was made by Samuel Yin Shao Yang, a research analyst at Maybank Investment Bank, a large financial institution headquartered in Kuala Lumpur.

Last month, the New York State Gaming Commission launched a so-called RFI (request for information) solicitation, asking for the opinions of interested parties about the appropriate size of development and the value of gaming licenses for venues such as Resorts World New York City, the land-based slots-only casino operated by Genting Malaysia.

At this stage there is no guarantee that the state authorities will proceed to the next step, which would be the RFP (request for proposal). However, Samuel Yin Shao Yang expressed his belief that Genting Malaysia has a great advantage because its venue is already operational in the form of a slots-only casino.

That would make the transformation process into an actual full-fledged casino a lot easier, as table games could be added in a very short period of time inside the already existing building. That fact would guarantee the state of New York additional tax revenue much faster than in the case of a casino that would be built from scratch.

Increased Profit On the Horizon

In addition to the license acquisition prediction, Samuel Yin Shao Yang also estimated that if Resorts World New York City would evolve into a full casino then Genting Malaysia would get an annual net profit of around 145 million U.S. dollars from the venue.

That increase in profit is predicted to bump the target price for the Genting Malaysia shares from MYR3.40 to MYR3.93. The research analyst describes the prospect of converting Resorts World New York City into a downstate commercial casino as “exciting”, adding that this transformation would be the “ultimate prize” for Genting’s operations in the state.